Hitoshi Nakazato: Painting Series
With a tribute exhibit by his friends and colleagues
Oct. 4 – 10, 2007

“ Hitoshi as an artist is a transcendentalist.  He is also a subtle, untiring and true deconstructionist of convention, and a paradox on top of it all.  I have previously described his work as that of a minimalist that has little to do with minimalism, a formalist who makes no formal decisions, a sensual colorist who deploys an abstract and distant conceptual color structure…an off-hand constructor of works that are pregnant with anti -expression, full of innocence by way of negation.…” 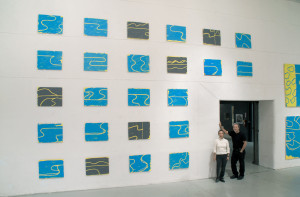 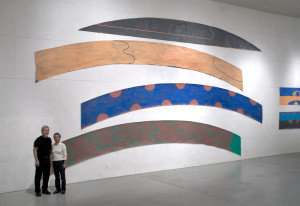 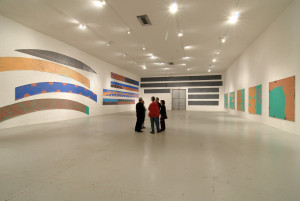 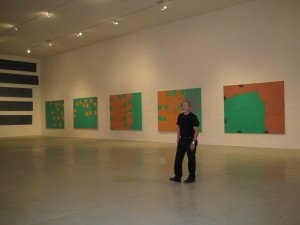 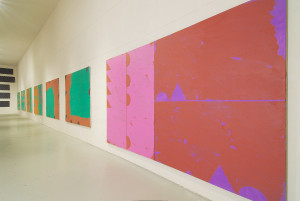 I knew that Hitoshi Nakazato was a remarkable artist and thinker from my first moments as his student.  Watching and listening to his demonstration on making monotypes I was captivated by the efficiency of movements and the unhesitating manner in which he interacted with the materials.  When I listened closer to his commentaries, they were littered with such anecdotes that only a serious intellectual and a participant in the history of art could relay.  During studio visits Hitoshi continually astonished me with the way he said things by talking about something else. He was always pointing to the larger issues, a path onward.  He was and still is a model to me of the artist as inquisitor, seeker, and doer.